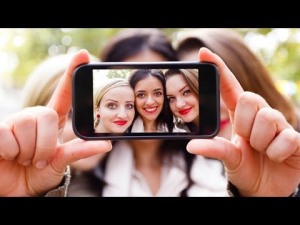 I remember when photographs used to be arranged and posed for. A family photo could literally be an afternoon’s work and until you got the film processed you still had no idea whose eyes were shut, or who wore the expression of having just broken wind. This charm has been removed from photographs, today a mindless idiot (usually with an iPhone) corrals people together, sometimes their friends but also innocent bystanders, in something resembling order and mindlessly keeps pressing a button until they’re satisfied. Yes a chimpanzee could do this, only unlike us the chimpanzee would quickly become bored by it.

Photographs of old were often framed and put upon shelves in living rooms, lounges and dining rooms. From up there the photograph would look down upon their subjects as the passage of time made them balder, grayer, fatter or dead. Old photographs are things passed down from grandparents, a shoe box of memories that encapsulates a generation. A historical reference giving us an insight as to where we came from. Compare that with the photos of today, taken on a phone, posted to Facebook, ‘Liked’ maybe commented on and forgotten in a couple of hours. When this generation begin to shuffle off their mortal coil the best they will leave their grandchildren will be their password for Facebook.